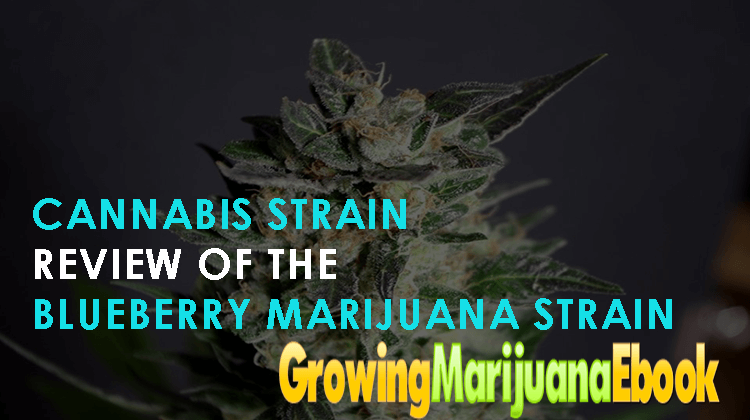 Despite the many new innovations and ideas being tossed around in today’s cannabis industry, it is still hard to ignore the classic marijuana strains that have been around for many years. I’m talking about the legendary, old-time strains that have paved the way for marijuana hybrids today. While it is always great to explore the newly introduced strains out there, we will always find ourselves going back to what we have always loved like blueberry marijuana strain.

Background and review of the Blueberry marijuana strain:

The renowned Blueberry marijuana strain was first developed during the late 1970s by the symbolic DJ Short, a legendary seed breeder based in Oregon. Often being dubbed the Cannabis Professor, the Wizard of Weed, or the Willy Wonka of Pot among many other titles, DJ Short is particularly known for crafting many popular hybrids, with one of the first and most iconic ones being the Blueberry marijuana strain. This particular strain was the result of crossbreeding two very well known landrace genetics: some indica Afghani, sativa Thai, and Purple Thai for added flavors. This resulted in a phenomenal hybrid that reminded people of strong blueberry flavors.

Blueberry is a pretty frank marijuana strain. Just by reading the name that is held, a person can already tell what certain flavors and dominating scents. Having been around for many decades, the Blueberry marijuana strain has been a fan favorite in just about any cannabis community out there. It is one of the best-selling strains in any marijuana seed dispensary and is quite common to find in marijuana gardens around the world. It’s long-lasting high and fantastic flavors earned it First Place in the Best Indica category and Overall Champion during the High Times Cannabis Cup held in the year 2000.

The Blueberry marijuana strain is an 80% indica-dominant hybrid. As such, it displays very strong traits of indica in both its appearance and goring information. Like many of its kinds, the Blueberry marijuana strain grows a very compact and bushy plant structure. While it does grow to a fairly tall high of around 6 to 8 feet, the plant itself has colas and branches that are closely knit together. As such, a lot of growing space is ideal for this plant as it tends to occupy a wide area with its thick and robust appearance. The leaves of this strain emit a very dark green color. This is often mixed with some subtle shades of purple when grown in a fairly cool environment.

Because of the tight yet somewhat expanding appearance of this plant, it is capable of growing quite well in both indoor and outdoor setups. However, the strong influence of landrace genetics makes it a particularly well grower in outdoor environments. This allows it to absorb the ample amounts of natural sunlight that can really bring out the potency of this strain. Do not worry because this strain shows great durability in preventing any molds and infestations. However, the expansive and very brawny structure of this strain will require some maintenance and topping in order to make the plant more attractive in terms of appearance. This strain will have an average flowering time of 8 to 9 weeks, which means that it will be ready for harvest around mid-October. Blueberry also produces a fairly moderate amount of yield, often reaching up to 400 to 500 grams per square feet.

As for the flavor and fragrance, the obvious quality that users will notice is the strong this of blueberry mixed with some tropical fruits in it. A nice combination of sweetness and earthiness is often reported during the first few puffs of this strain. Furthermore, there are some subtle hints of pungent diesel which gives it a very classic weed vibe.

Despite the dominant indica composition in its genotype, the Blueberry marijuana strain imparts a nice mix of both cerebral and body highs that will get users hooked within the first few tokes. While you will undoubtedly feel relaxed and calm while using this strain, users cannot help but also feel a sudden jolt of positivity and euphoria. With THC contents that clocks in at around 23%, smoking this strain will give you a heavy-bodied high that clears your mind and gives you a deep sense of drowsiness. Of course, the sativa effects will also kick in as your mind starts racing with creative and uplifting ideas. After a while, you will find yourself soundly dosing away while the continuous body buzzes tuck you into bed.

Of course, this indica rustler also offers a ton of medical properties for patients who seek to use medical marijuana. Despite the almost non-existent CBD level, the strong THC –induced effects do well in providing some qualities that help mitigate any risks to the body. The powerful physical buzz that Blueberry induces will give a nice massage that you will feel in both your muscles and temples. This relieves any stress and pressure that may be causing discomfort. Because of the high THC content found in the Blueberry strain, the slightly mind-altering effects will do well in mitigating any symptoms of mental conditions such as PTSD, anxiety, and depression.

Of course, one must be cautious in using this strain because it does contain a high level of THC. If you are a medical smoker and you are unaware of the strong effects that this strain produces, it may lead to you experiencing slight dizziness and disoriented mindset. Also, your mouth will start drying up which will make it hard for you to swallow food and liquid. Fortunately, the high of this doesn’t crash your body so you will not need to worry about any hangovers from the Blueberry strain.

Blueberry is one of the most classic and famous marijuana strains that anyone can have in their cannabis crop. It is made readily available at Crop King Seeds for anyone that wants a taste of this legendary strain. Crop King Seeds is particularly known for upholding its promise of high-quality weed seeds. Accepted payment methods of this marijuana seed bank include cash, Visa Card, MasterCard, BitCoin, and Interac for Canada-based customers. Shop now and see what all the hype is with regard to this amazing strain!