How Long Does Marijuana Stay In Your Bloodstream? 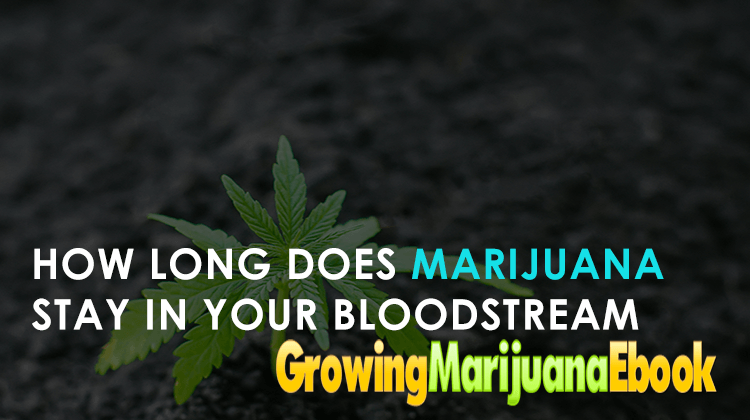 It is no secret that marijuana consumption is being done in many parts of the world. In addition, while the number of cannabis users continues to grow every day, they would frequently ask one question: How long does marijuana stay in your bloodstream?

Be it for medical purposes or simply out of plain curiosity, many people wonder just how long weed is detectable in your system. Here, we discuss the different ways in which marijuana can be detected as well as the different factors, which affect the duration it stays in your body.

As many of you know, marijuana contains a compound known as tetrahydrocannabinol (THC) which is responsible for the psychological effects of marijuana consumption. And while these effects may last for only a number of hours, the drug may be detectable in your system for weeks or even months.

The duration of weed staying in your system depends on several factors. Additionally, it also depends on the method used to detect the drug. Before we discuss the methods of detecting cannabis in your system, let us first look at the different factors that need to be considered:

All these play a role in how long marijuana stays detectable in your body. For example, people with more body fat means that the drug metabolizes slower compared to people with less body fat. Dehydration also causes the THC in your body to be more concentrated, which in turn leads to a higher detectability level.

So, let’s go back to the main concern here. Just how long does marijuana stay in your bloodstream detectable? The THC in a marijuana user’s body may be detected in a number of ways, namely: Through urine testing (which is also the most common method), blood testing, hair testing, and saliva testing.

Although not as common as urine tests, THC may also be detected through a user’s blood. It may also be important to note that the THC from marijuana consumption stays in the blood for only a short period of time compared to the other sources. Through this method, marijuana can be detected from a window of 36 hours up to 7 days, depending on the frequency of use.

Saliva tests may detect marijuana in your system for only a period of 24-48 hours.

This method of marijuana detection is mostly used for frequent and heavy consumers. As for infrequent users and those who consumed weed just out of curiosity, this method of detection may prove ineffective. The detection window for this method is 90 days.

Although there are a number of ways to help lessen the amount of THC in your system, there is no definite way to totally flush it all out. Hydrating yourself and drinking a lot of water helps lessen the concentration of THC in your body. Exercising before consuming marijuana may also cause the THC in your body to metabolize faster. The best way to avoid any unwanted detections is to be aware of your consumption and understand the way your body deals with cannabis. May this article can help you know how long does marijuana stay in your bloodstream.